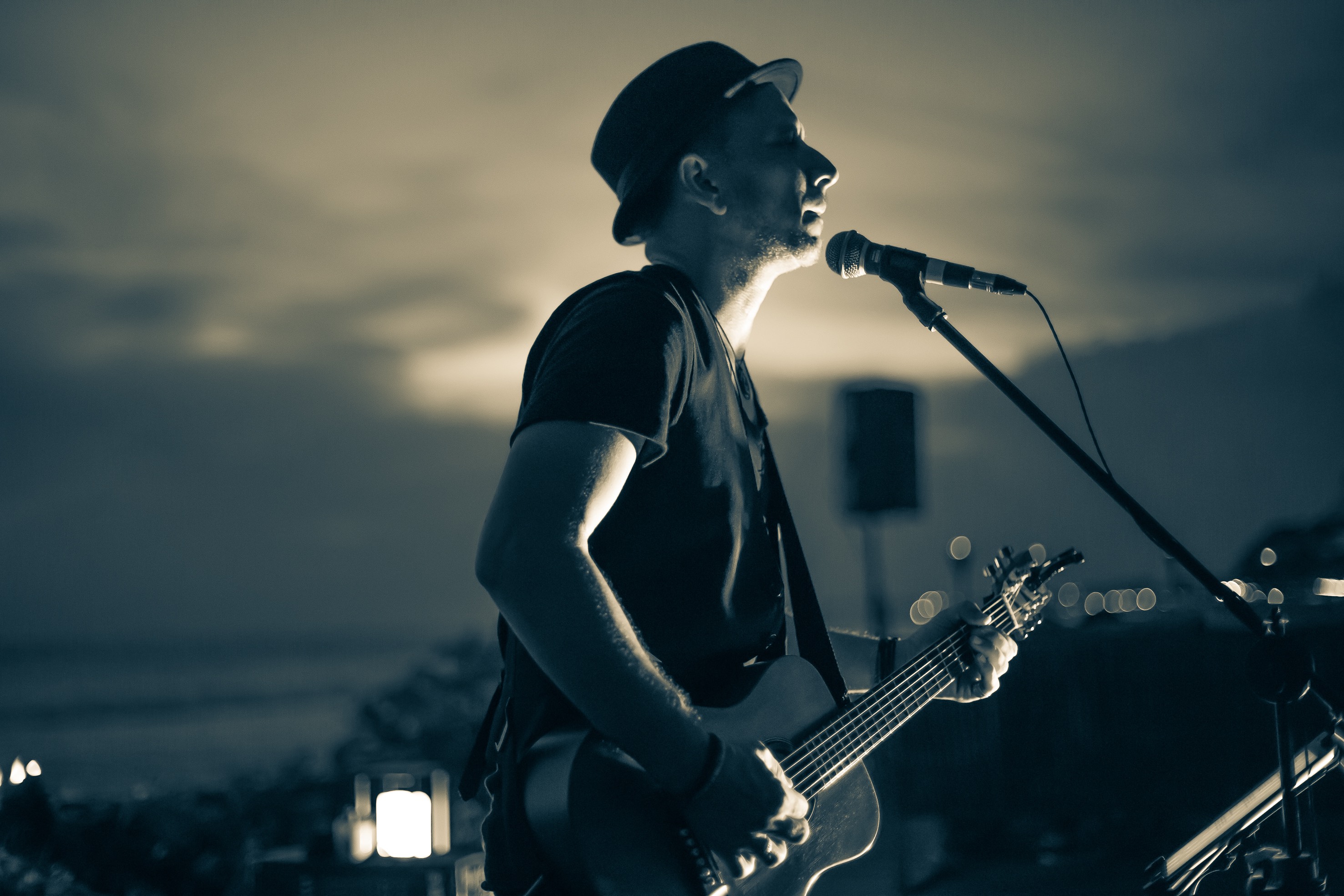 Phil has been based in Bali, Indonesia since 2015. He has quickly established his position in Bali and is swiftly growing a reputation as one of the top entertainers on the island, performing in such respected venues as Finn’s Beach Club, Samara, Republik45, Orchard Bar, Four Seasons, Alila, as well as being in high demand for private and corporate events at Bali’s most exclusive villas and resorts.

Phil Stoodley has been writing, recording and performing music professionally for over 15 years, and in that time has played alongside some big names in the business and played countless tours locally and abroad.

As fate had it this musician was given his first guitar at age fifteen after his dad ‘got lucky’ at the horses. By seventeen he was bashing out tunes in a heavy metal rock band and making a name for himself at pubs and festivals throughout the lower North Island of New Zealand.

Phil then went on to spend the best part of his youth dedicating himself to working as a musician travelling across New Zealand in various cover and original bands. Also working in music production for festivals and concerts for international acts such as Tina Turner, Crowded House and Joe Cocker.

Come the early 2000s Phil was touring the UK, Europe, US and Asia as a session player for one of New Zealand’s best loved and multi platinum selling band’s The Feelers.

A number of other successful musical ventures followed; Phil brought together and fronted the rock band STOODS, winners of the New Zealand Battle of the Bands, which also found him scooping up the “Best Songwriter” and “Best Singer” awards. Phil’s various musical projects went on to support a number of leading international bands such as Velvet Revolver, Simple Minds and Neil Finn.

Early 2010 brought Phil more recognition with the release of his first solo single ‘Waiting For Thursday’. Co-written with acclaimed New Zealand actor Leighton Cardno, the track entered into the New Zealand RadioScope 100 official music charts. Later releasing his self produced debut album ‘No Surprise’.
In recent times this dynamic artist has been writing, recording and producing from his own home studio both his own original songs along with those of emerging Kiwi artist, Hanna Grace. 2012 saw Phil co-write, produce and feature in a duet with Hanna Grace called In The Rain. Phil has also written a number of melodies for TV, film and commercials.

With a passion for travel, cultural diversity and anything creative, Phil’s move to live in Bali in 2015 was a natural progression.