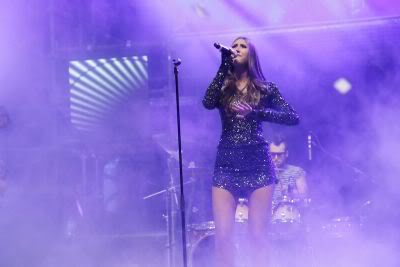 Debuting and subsequently becoming weekly residents at Melbourne’s hugely successful club night Strut Saturdays @ Trak Live Lounge Bar, Chloe Maggs Band’s live performance is filled with uplifting nightlife energy peppered with sing-along commercial dance covers. Lead vocalist Chloe Maggs is known for her incredible 4 octave vocal range, with comparisons to artists such as Nicole Scherzinger (Pussycat Dolls) and Leona Lewis. It is Chloe Maggs Bands raw energy, diversity, and passion for performing that has not only engaged many audiences all around Australia, but rapidly brought them to the attention of the music industry.

Currently working on releasing their original material, we are sure Australia will be hearing much more of Chloe Maggs Band on radio, TV and most definitely, dance floors across the globe!