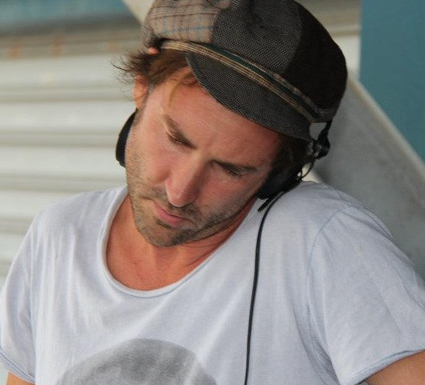 In the 80’s when rare groove and electro were big in the UK, Nick heard a new sound on a pirate radio show called The Jackin Zone with DJ Jazzy M selecting the new pro-to and Chicago house music. Nick’s already large record collection plus the inspiration from his Jackin Zone radio show paved the way for Nick to start djing after friends encouraged him to play his records out for others to hear. Cassette tape mixes using to 2 tape decks with spliced tape loops gave Nick a bit of an edge with his sounds that he was sharing.

A friend started a night at a small wine bar called The Village in South London with Nick performing as the resident playing eclectic sounds from Kraftwerk to Chicago house, cosmic disco  , reggae and soul. Offers to play at places like The Milk Bar, The Gardening Club Covent Garden and The Wag starting coming up . Nick was part of the generation of growing acid house  and Balearic dj’s and parties that sprang up in the late 80’s in the UK. Playing records with people like Jamiroquai, Darren Emerson and DJ Harvey was part of the schedule.

A chance to play out in Australia setup Nick with a permanent residency in Sydney . Here Nick played regularly and had radio shows on 2SER and multiple Triple J mix ups . He had a radio show on Bondi FM for almost 10 years with the show Sensory Blender being voted the favourite by the listeners.

Nick ran a club night once a month at Club 77 in Sydney with Ben Feggans called Circles for 2 years , this night had a cult following as Nick and Ben would mix lots of different types of dance music together creating a wild atmosphere.

Working under the pseudonym Like Oxygen Nick produced music with engineer Steve Layton and signed up with Mushroom Records.  The music was received really well and played by dj’s such as Phil Smart and Simon Caldwell. Nick has gone to edit and remix such artists as Timmy Thomas , Claude Vonstroke, Sylvester & Kerri Chandler.

Next was Bali , after headlining the opening of Karma Kandara, Nick and his family decided to move there as the music and fashion scene was on the up. Nick quickly became resident at one of the worlds most respected beach clubs, Potato Head Bali, playing along side Red Rackem, Peggy Gou, DJ Harvey, Eric Duncan, Horse Meat Disco & Grace Jones as well as some of the most talented local DJ’s from around the world.

Nick’s knowledge and unique take on the disco balearic sound was a major hit at Potato Head sunset where up to 3000 people of different ages and background gathered to watch the amazing Bali sunsets. Nick’s diverse and extensive collection of music had given versatility to play at any crowd. Nick’s residency at Potato Head ran for an impressive 6 years.

Nick recently played 3 sets at Bestival Bali alongside Parliament, De La Soul and set to play again at next years festival with an even bigger line up secured. Nick will be playing music regularly in January 2018 at Potato Head Bali as he and his family will be there working on their clothing brand. Nick has curated many events over the years booking the latest and most well-respected DJs in the disco, soul, funk house and techno scenes. He worked closely with the  Bestival festival director in Bali curating the hidden disco stage.

After 7 years living in Bali , Sydney was calling and Nick is back in town looking for some new places to play music at. Nick’s passion for different dance music has given him the opportunity to play music for nearly 30 years around the world. Nick Field is a DJ not to be missed.